There are two basic categories of bamboo trees commonly used in home landscapes: running bamboos and clumping bamboos. You may have heard that running bamboo should be avoided, and, for most gardeners, this is good advice.

Clumping bamboos have a very short root structure, are genetically incapable of expanding more than few inches a year, and will generally form discrete circular clumps. The clumps slowly enlarge as new culms emerge every year, but may ultimately need to expand to anywhere from a 3 to 10 ft. in diameter (or more, especially for taller types) in order to reach their mature height, depending on species.

The dense root system can exert strong pressure on structures in contact with it, and thus clumpers should be planted at some distance from fences, sidewalks, retaining walls, etc. Clumpers make excellent specimen plants and will also form very dense screens, but more slowly than runners. Except for the Fargesias, clumpers tend to be less cold-hardy than runners.

Running bamboo spreads from an underground rhizome which grows in unpredictable directions and up to as much as six meters in length. New bamboo shoots will then grow through the surface at varying intervals along the length of that rhizome to form the bamboo culms (poles).

Running bamboo then send off further rhizomes, again spreading up to 6 meters in any direction beyond the original plant – producing the running bamboo grove. Think of this as an underground web of rhizomes that don’t have a spacial limit.

Running bamboo can produce amazing groves, forests or when kept in pots be great screening plants. They are also very popular in cities where a lot of garden beds are already concreted around due to the buildings and roads, which forms a root barrier for them. 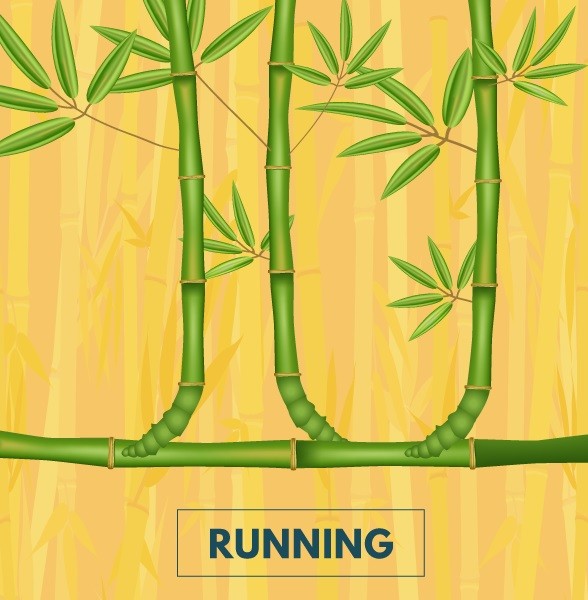