Phyllostachys aurea is a running type of bamboo, belonging to the diverse Bambuseae tribe. It is native to Fujian and Zhejiang in China. It is commonly known by the names fishpole bamboo, golden bamboo, monk’s belly bamboo, and fairyland bamboo.

Golden bamboo is one of the better behaved Phyllostachys, though still requiring root barrier if planting in the ground. A popular choice for a more subtle colour effect, like all bamboo it requires loads of moisture to thrive.

It grows straight, almost completely upright culms and is quite tolerant of wind – making it an ideal plant for hedges as well as a solitary specimen.

A strongly ornamental feature of the culms themselves is the attractive clustering of the rings (nodes) that give rise to its use as fishing rods and walking stick handles.

Short swollen internodes at the base of the culms are a characteristic used to distinguish Golden bamboo from other bamboos. Most canes will have uniformly spaced sections (internodes) as the swollen internode trait only occurs on some canes. Culms (stems) are light green with a white node ring, turning more yellow if exposed to direct sun. Flowers and seeds are rarely produced.

Phyllostachys Aurea is commonly cultivated for its edible shoots in China, where it is considered to have the sweetest taste of the genus the plant also supplies material for craftwork, construction etc. It is commonly grown as an ornamental in gardens, valued especially for its golden foliage and the irregularly shortened and swollen internodes in the lower part of the culms. 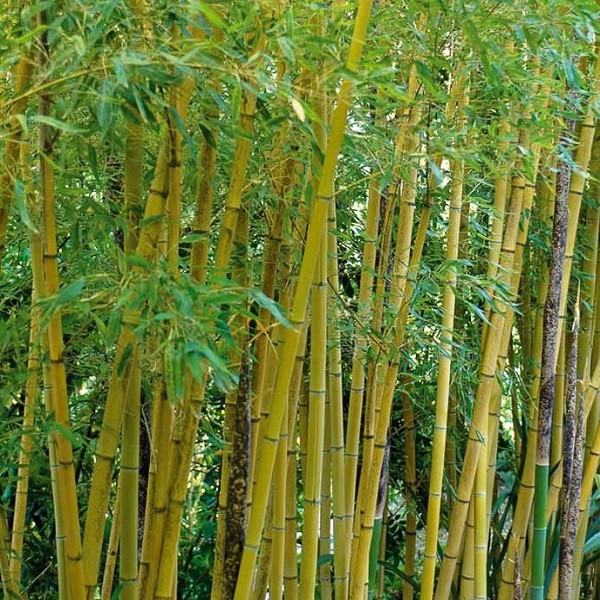 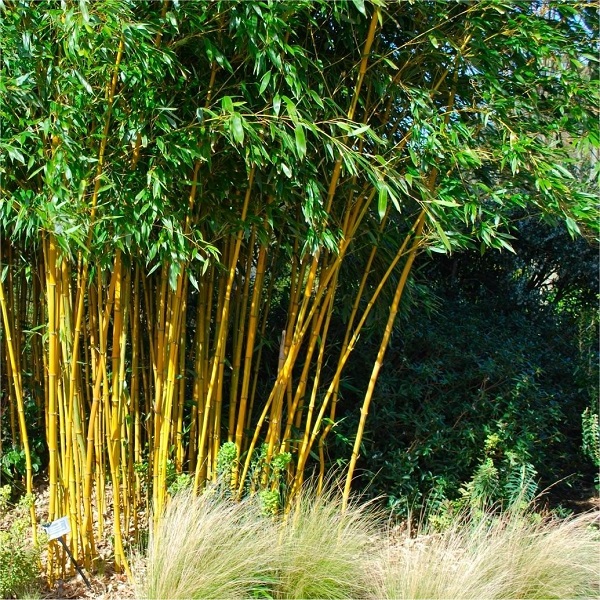 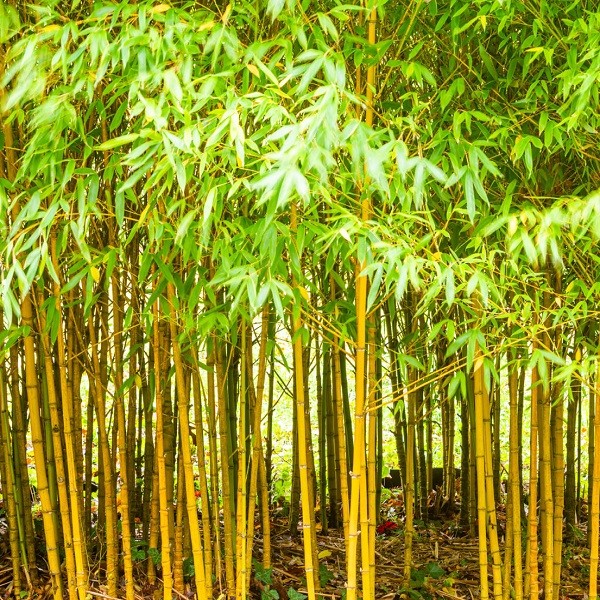